I just did a radio interview with Natasha Dern on a Canadian show called Buddha Lounge.

We talked a bit about the practice of Conscious Complaining, which I created to help people access their emotions in a healthy and supportive way. Natasha has used something similar herself for many years, which is to write all of her complaints into a journal so they don’t fester inside her head. Yes!

Conscious Complaining really whets people’s interest in my book, because we’re always told not to complain and not to feel our difficult emotions. However, this isn’t a workable way to manage emotions. This is why: We feel our emotions because they have something very specific to teach us. They’re not here to punish us. Each emotion gives us specific skills, and each one is necessary. If we bottle up our emotions, we can’t learn from them. And if we can’t learn from them, we’re not going to be intelligent about them or about our situations and our relationships.

So Conscious Complaining gives us a practice for those times when our emotions are not socially acceptable, and by turning it into a practice, we can make our intense or uncomfortable emotions less toxic immediately. What’s really interesting to me is that when people have permission to complain (consciously), their complaining becomes more focused, more useful, and more intelligent. With Conscious Complaining, you don’t just stand around whining and moaning about the world. Instead, you learn to listen to your emotions so that you can attain the skills they bring you. And those skill add immensely to your capacity for rationality.

I think most of us hold onto the idea that if you start complaining, you’ll never stop. But with Conscious Complaining, you’ll find that you’ll get to the center of your issues very quickly, which means you won’t need to spend any more time complaining! Instead, you’ll be able to go and do something about whatever was bothering you, instead of sitting around stewing and grousing.

What’s also interesting is that Conscious Complaining is surprisingly quick, and almost always leads to relaxation, a sense of accomplishment, and happiness or contentment (or both). Hah! This flies in the face of all of the admonishments we have about positive thinking and positive affirmations, but it’s the emotional truth.

Look at it this way: If you’ve got real trouble in your life (say, a rotten relationship), and you try to deal with it through positive affirmations (for instance, you might chant “I have love and excellent companionship around me at all times.”), you’re setting up a war within yourself. The truth is that you’ve got a rotten relationship, and your emotions probably want to talk to you about it! But if you spend your time repeating your affirmation, you’re essentially smacking down the emotional messages (not to mention reality) in favor of your made-up statement. And my friend, this is not rational! It also doesn’t lead to happiness.

Here’s an excerpt from The Language of Emotions:

No one had questioned the efficacy of positive affirmations until Psychologist Joanne Wood at the University of Waterloo and her colleagues actually put the idea to the test. What they found and reported (in the July 2009 issue of the journal Psychological Science) is that positive affirmations actually made people with low self-esteem feel worse about themselves, and that affirmations had only a moderate positive effect on people who already had high self-esteem. The researchers also found that subjects who were allowed to think good and bad thoughts about themselves felt better than ones who were told to enforce positive thoughts at all times. As a social scientist and an empath, I say: Hah!

Conscious complaining is healing because it speaks to your real issues from within your actual sense of things – it addresses your actual concerns, it wrestles with them until flow is restored, and then it’s over. Conscious complaining doesn’t sugarcoat or attempt to transform anything. Instead, complaining tells it like it is – and your psyche likes that a lot. You allow yourself to be yourself, you allow your emotions to tell it like it is, and no one gets hurt. When you can stand up and complain in a conscious way (rather than just whining without any purpose), your vision and your focus return, your emotions flow, your body releases its stored up tensions, and you can have the fun of translating everything you feel into choice words and phrases.

True emotional health isn’t an unmoving and unchangeable sense of slap-happiness – it is your ability to flow and respond uniquely to each of your emotions in turn. Conscious complaining will restore your flow, refocus your attention, revitalize your psyche, and release your happiness, laughter, and joy in natural and healing ways. 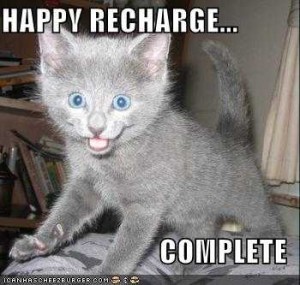 The focus of The Language of Emotions is that every one of your emotions teaches you a specific skill that you can’t learn in other ways. If you bottle up your emotions, or lie about them with positive affirmations, you won’t learn those skills, which means you won’t be as competent, intelligent, or rational as you could be. So learn the language of your emotions; they’ll help you be rational, capable, and happy about your ability to manage your real life!

Hello! After studying empathy and emotions for four decades, I’ve developed a very simple and...