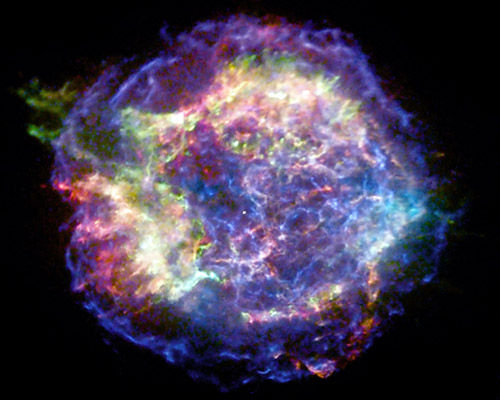 I’ve been thinking — or more honestly, feeling — a great deal about this weekend’s purported Judgment Day, when there will supposedly be huge, planet-wide earthquakes, a rapture into heaven for 200 million true believers, and the beginning of the end of the world. The Apocalypse, Armageddon, Judgment Day.

Of course, none of that will happen. It never happens. Hundreds and thousands of Judgment Days, Armageddons, cataclysms, end times, and planet-wide disasters have been prophesied for centuries, but none of them has ever come to pass. For instance, just two months ago, an astrologer predicted that worldwide catastrophes would be set in motion by the Supermoon, and of course, that didn’t happen. And come Sunday morning, we’ll add yet another failed Judgment Day to this endless list.

Yet there’s something much more important than just another failed prophecy — and that’s the people who believe in it. Right now, these people are praying hard — for themselves, certainly, but also for you and me. They’re worried about us, and most of them don’t want us to suffer.

But come Sunday morning, we’ll have yet another devastated group of people who were promised an end to their suffering, a victorious place in the afterlife, and a reward for their faith and diligence. These people are what interest me (far more than failed prophecies do), because I care about their welfare — and because I can empathize with them.

Preparing for the cataclysm

However, many of the group members also believed in a New Age prophecy about a worldwide cataclysm, where — due primarily to the imbalances caused by human greed, callousness, and a lack of spirituality — the poles of the Earth would shift, massive earthquakes and volcanoes would be activated, and many land masses would be destroyed or deluged with water. In essence, the Earth was going to shake us humans off her back.

It was going to be the end of the world as we knew it, and it was supposed to happen at the end of the Mayan calendar, first in the late 1970s, and when that didn’t happen, in 2003 or 2004, depending on whom you asked. Most notably, California (where our group was based) was supposed to crack off and sink into the ocean. 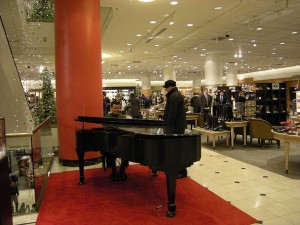 I’m not sure why, but the cataclysm never felt plausible to me. It just seemed preposterous somehow, and I sort of ignored it. I remember joking that if it did happen, I would be on a small floating piece of destroyed California, which would contain a fully-stocked Nordstrom’s department store (this was my idea of luxury at the time. I mean, come on — a grand piano in the lobby of a department store? That’s mad swanky.) People in the group thought I was too young and too silly to understand the importance of the cataclysm. Perhaps they were right.

Though many people like to characterize end-time believers as dupes, the belief is actually very common. In fact, it’s a basic tenet of Christianity on the religious side of things, while some form of end-times theorizing (the eventual supernova of our sun, for instance) is a basic tenet of astrophysics on the scientific side of things. Environmentalists and climate scientists have yet another series of end-time or “dark-time” scenarios.

The idea that the world will end and that humanity will cease to exist — this is a very common idea. What seems uncommon is the specificity we’re seeing now, where people swear that the end is going to occur on a specific day (May 21), through a specific event (the Supermoon), or in a specific year (2012).

But in fact, these prophecies are made constantly, regularly, and almost predictably. They’re actually sort of addicting, because once these prophecies get into you, it’s really hard to let them go. Consider the Millerites, a group of nearly 100,000 Americans who believed the prophecies of Baptist lecturer William Miller, who told them that Jesus would return (and end the world as they knew it) in December, 1843. When that didn’t happen, Miller re-prophesied the return of Jesus in March, 1844. When that didn’t happen, Miller re-re-prophesied the return of Jesus in October of that same year (now known as the Great Disappointment).

But even after two failures and a Great Disappointment, the Millerites still had enough followers to form a series of Adventists groups, including one that would become the Seventh Day Adventist church (a more recent Adventist splinter group, formed in 1955, was the Branch Davidians, many of whom died at Waco Texas in 1993).

Many people in the Jehovah’s Witnesses believed that Armageddon would occur in 1975, but that didn’t happen and the church is still going strong. Harold Camping, who is behind this weekend’s end-times prophecy, previously predicted Judgment Day and the return of Jesus on September 6th, 1994, but when that didn’t happen, he realized that he had gotten his math wrong. He re-prophesied Judgment Day, first to 1995, and then to this coming Saturday. And obviously, people are lined up behind him, ready to believe once again.

The difference this weekend is that this particular prophecy got a lot of press because Camping has a radio show and because his devotees spent a lot of money on billboards and ads. When this prophecy fails, these people may become laughing stocks, but many of them will continue to believe in Camping as a prophet.

When I think back to the people who believed in our group’s cataclysmic prophecy enough to actually move out of California, I remember this: These were the sensitive ones. These were people who deeply felt the pain of the world, and who struggled with despair. The idea that the Earth could see their despair, and was planning to do something drastic about it — well, it seemed to fill them with as much joy as it did fear.

So instead of laughing at or deriding this all-too-human tendency, which affects so many of us, I have this empathic crowd-source question:

Have you lived through your own Great Disappointment? Have you ever been a follower of an apocalyptic prophet, or were you ever a member of an end-times community? If so, how did you cope when the end didn’t come?

And what would you say to the people who will wake up this Sunday morning, strangely heartbroken by the fact that the world didn’t end, that millions didn’t die, that their loved ones weren’t raptured into heaven, that their suffering hasn’t been relieved, and that the prophecy wasn’t true?

As an empathic, loving, and deeply caring fellow human being, what would you say to welcome these people back to the world?