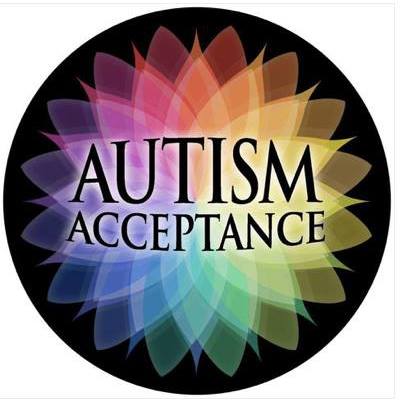 Your approach affects your data — strongly

In my research for my master’s thesis (I received my M.Ed. in December), I did two things:

I did very well with my first project, and my thesis is now available online:

Interrogating Normal: Autism Social Skills Training at the Margins of a Social Fiction

But I didn’t do as well with my second project, because nearly all autism research is decidedly autism-negative and based on what are called deficit narratives and the pathology paradigm.

In the pathology-and-deficit approach to autism, autistic-typical behaviors are described as problems in and of themselves — such that the point is not to understand autistic people; rather, it is to change them.

This deficit-and-pathology approach is responsible for the surprising fact that my study was the first wide-ranging study ever to ask autistic people for their opinions about the services and education they receive.  The autism treatment industry is a multi-billion dollar business worldwide, and you’d think that someone — anyone — would have asked the people who are being treated about what they want and need. But no.

Not when a deficit narrative is at work, no.

Many minority populations have been described with deficit narratives — a somewhat recent example is the pre-1973 view of homosexuality as a psychiatric disorder (in 1973, homosexuality was finally removed from the Diagnostic and Statistical Manual of Mental Disorders, or DSM).

Before that time, the prevailing approach to homosexuality was to treat it as a pathology and try to change it, suppress it, convert it … anything but accept it.

When homosexuality was seen as a pathology, research about it was deficit-focused, and treatment involved changing, modifying, suppressing, and erasing homosexual identities in favor of majority heterosexual norms.

Thankfully, the deficit-and-pathology narratives about homosexuality were challenged, and people are slowly learning how to accept the basic, natural fact of homosexuality, gender diversity, gender fluidity, and other non-heteronormative sexual and gender identities.

Today we’re doing better than we did pre-1973, though there are still backwaters of ignorance and prejudice where abusive gay conversion/reparation therapy still occurs.

Autism and the pathology paradigm

In regard to autism, we’re seeing a similar kind of pre-1973 approach to autistic people. Because deficit narratives and the pathology paradigm have not yet been fully challenged, autistic bodies, minds, movement styles, social styles, emotional styles, and behaviors are framed as deficits and problems rather than as basic, natural facts of neurology and identity.

As a result, autism-typical behaviors are regularly changed, modified, and erased in favor of majority neurotypical (neurologically typical) norms.

In the table below, autism-typical behaviors are described as deficits and pathologies, which means that each behavior is viewed — not as meaningful or purposeful — but as a disordered state that requires treatment:

Deficit narratives and their consequences

In most autism research, the autism-typical behaviors above are explained in terms of pathology, deficit, and disorder. In response, parents, clinicians, teachers, and support workers may focus their efforts on trying to make autistic children and adults change, hide, suppress, or erase these behaviors.

The most prevalent forms of education and retraining for autistic children are focused on changing or extinguishing (erasing) autism-typical behaviors. The two major approaches are called Applied Behavioral Analysis (ABA) and Intensive Behavioral Intervention (IBI), and both are extremely time intensive. In ABA, for instance, autistic children as young as 2 years old may spend up to 40 hours per week with adults whose job is, in great measure, to change or extinguish their autistic behaviors.

This makes a kind of sense: If you see the autism-typical behaviors of your children, patients, or clients as deficits and pathologies, then changing them is going to be your main concern.

And if you’re a researcher, explaining these pathologies and trying to discover what caused them will take up most of your time. You’ll see autistic-typical behaviors as fascinating things to study, measure, and categorize — and you’ll tend to see autistic people as flawed but fascinating experimental subjects.

In the years I spent researching my thesis, I experienced a great deal of despair, because so much of autism research is decidedly autism-negative. The pathology paradigm and deficit narratives are absolutely commonplace in autism research, and reading it was honestly like reading early racist writings on the inferiority of nonwhite people. A lot of autism research is chillingly inhumane and unempathic.

As a survival tactic, I made a game of trying to find the most dehumanizing research (there’s a LOT of shockingly offensive autism research, which I chronicle in my thesis).

However, I also went on a treasure hunt to find non-pathologizing and autism-positive research, websites, groups, and books that aim to understand and support autistic people rather than manipulate, change, or extinguish their behaviors.

This page about research on autistic ways of learning shares some of the treasures I found.

In autism-positive research, autistic people are treated as people, and their behaviors and identities are viewed as meaningful and valid. This non-pathologizing research posed more empathetic and useful questions, and it was wonderful to study and work with.

Thankfully, there is also a growing tendency among parents and researchers to ask autistic people about these seemingly problematic behaviors, and absolutely wonderful information has resulted.

In my thesis, I gathered information from autistic people who explain some of the meanings and purposes behind the autism-typical behaviors from above.

These autism-positive explanations are in the right-sided column:

Understanding the purpose and value of autism-typical behaviors changes everything. Instead of trying to, for instance, extinguish an autistic person’s stims, you would simply make room for them and know that they’re a sign of self-regulation. Stims aren’t pathologies, and they have an important purpose. Stim away, friends!

And instead of punishing autistic meltdowns as if they were bratty tantrums, you look closely at the autistic person’s environment: What happened before the meltdown? What was disturbing or overwhelming? How can you support this overstimulated person?

Removing the pathology and avoiding deficit narratives opens an entirely new and humane view of autism-typical behaviors. That’s what the autism-positive approach is all about.

So instead of making a 2-year-old spend 40 hours per week being shaped, molded, and changed, you could spend that time discovering who the child is, what stims work best, what sensory or emotional input feels good, and what feels overwhelming.

If the child melts down, you can search through the environment for anything that might be overstimulating, and help them learn to work with or avoid it. Removing the pathology paradigm and letting go of deficit narratives opens a whole new world where autistic people have the right to live as themselves.

This shift also helps autistic people (and their friends and families) learn to accept, work with, and understand their own behaviors as aspects of their identities — rather than as shameful or tragic aspects of disease or disorder.

These autism-positive approaches are a central feature of the neurodiversity paradigm. This is my corrected version of the wiki on neurodiversity (I can do that; I’m a Wikipedia editor):

Neurodiversity is an approach to learning and disability that suggests that diverse neurological conditions appear as a result of normal variations in the human genome. The term originated in the late 1990s as a challenge to prevailing views that neurological divergence was inherently pathological, instead asserting that neurological minorities should be recognized and respected as a social category on par with gender, ethnicity, sexual orientation, or disability status.

The neurodiversity movement is an international civil rights movement that began in the autism community and then moved outward to embrace other forms of neurological divergence. This movement frames autism, bipolar, dyslexia, learning disabilities, ADHD, Tourette’s, and other neurotypes as natural human variations rather than pathological disorders. Its advocates reject the idea that neurological divergence needs to be (or can be) cured, as they view them as authentic forms of human diversity, self-expression, and being.

Neurodiversity advocates promote support systems (such as inclusion-focused services, accommodations, communication and assistive technologies, occupational training, and independent living support) that allow neurologically divergent people to live their lives as they are, rather than being coerced or forced to adopt uncritically accepted ideas of normalcy, or to conform to a clinical ideal.

I’m sharing a few neurodiversity-focused resources. Below is a small group of autism-positive links where respectful, useful, and humane information and support are available.

If you know anyone who’s autistic or neurodivergent in other ways (bipolar, ADD, ADHD, Tourette’s, dyslexia, dysgraphia, dysnomia, dyscalculia, and so forth), let them know that the neurodiversity paradigm exists. Welcome!

The Thinking Person’s Guide to Autism

The Autistic Self Advocacy Network

Welcome to the Autistic Community (wonderful information for adolescents and adults)

NeuroTribes: The Legacy of Autism and the Future of Neurodiversity (science journalist Steve Silberman’s tour de force investigation into the myths about autism — essential reading)