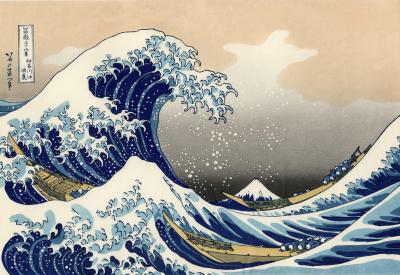 My friend Jane sent me a link to a Wall Street Journal article about Tiger Woods and his angry outbursts during golf games. Numerous research studies have shown that exploding with anger is not cathartic, as people once suggested. In fact, yelling, steaming, throwing things, lashing out physically, and pitching a fit are not good for you (unless you’re in physical danger, of course!). In The Language of Emotions, I write that constantly expressing emotions wears a kind of groove in your brain, and if you’re not careful, you can teach your brain that anger means “explode.”

Tiger Woods is trying to change that. As he returns to public life and golf after the discovery of his serial infidelity, Woods says “he is turning over a new leaf. ‘I am actually going to try and obviously not get as hot when I play.’”

This is a good idea, but the article asks whether it will be possible for Woods to control his anger now, when there’s so much more at stake, and when he’s under such intense scrutiny.

It’s a good question. Because if Tiger Woods doesn’t know what anger is supposed to do, he’ll have a tough time managing it. If he’s like most people, he may think that repressing his anger is the way to go. However, he’d be wrong. Tiger’s anger (in fact, everyone’s anger) arises for a specific reason, and though he’s learned to fling it outward in a way that isn’t healthy, his anger still has an important message for him. If he swings over from expressing his anger to repressing it, he’ll never find out what that message is.

Here are just a few examples of the things that might bring your anger forward: being cheated, insulted, or criticized; witnessing injustice or unfairness; being the butt of jokes; being ignored or dehumanized; being watched too closely; being treated as if you don’t matter; and conversely, being treated as if you are too important.

When Tiger Woods walks out onto a golf course and has to play at the top of his form, his anger has an extremely important task. It has to help him rebuild his boundaries and his sense of privacy so that he can focus on the difficulties of his game. If you’ve ever performed at a professional level in any field, you know that you’ve got to maintain a very unusual level of focus so that you can take the position of the performer and set yourself apart from the crowd. You’ve got to be able to shake off mistakes, keep your focus on yourself and your work, and almost ignore the critical eyes of your audience.

In sports performance, where there is a great deal of pressure, many athletes use clothing, physical size or conditioning, attitude, and stance to set boundaries around themselves and the hard work they have to do. Many call this “the game face,” but what it really is is a boundary. It’s an anger-supported way to set yourself apart from the crowd and take your place in the world. And you don’t have to be angry to set good boundaries. You can just listen to your anger, ask it the right questions: What do I value? and “What must be protected and restored?” When you can perform this emotionally-aware task, you can use your anger’s energy to protect and restore your boundaries (or the boundaries of others) around what you value in honorable ways.

Because most people don’t realize that they are trying to create boundaries with their behaviors and stances, in many cases, the game face isn’t enough. For a sensitive perfectionist like Tiger Woods, the external criticism, voyeurism, massive projections, and hero-worship can break through. And when that happens and he makes a mistake, it threatens not just this particular game, but his professional image, his self-image, and his focus. And it’s no wonder that he rages.

So the work for a rager who is under a lot of stress is to find a way to use anger honorably and create boundaries in healthier ways. For Tiger, this will be difficult because this recent scandal has invited massive scrutiny and criticism … both of which will bring more anger forward! Yow!

Bless your heart, Tiger Woods. Listen to your anger and your shame carefully (instead of flinging them outward), and they’ll help you rebuild a life you’ll be proud of!

UPDATE: I’ve thought about this, and I realize that Tiger Woods is dealing with shame, not anger.