What did you learn about emotions?

Most of us grew up hearing very negative things about emotions, such as: “Big boys don’t cry. There’s nothing to be afraid of! You shouldn’t feel angry! Boredom means you have no imagination! Envy is a sin!” And so on.

This is one of the major reasons we know so little about our emotions. I write in The Language of Emotions that humans are “intellectually brilliant, physically resourceful, spiritually imaginative, but emotionally underdeveloped.”

Our lack of emotional development is a sad thing for us, but it’s also sad for our relationships and our communities. Most of us have been taught that emotions like shame, fear, anxiety, or anger are problems in and of themselves. We’re taught that normal and necessary human emotions are trouble, which means that we’ll probably be confused or disturbed when our emotions show up. This is such a shame.

We’ve also been taught to see emotions as lower than, less intelligent than, less trustworthy than, and just plain less than rationality. People might say, “I can’t talk to you if you’re emotional! Can’t we be rational?” — as if emotions and rationality are separate things (they’re not). The endless emotion-bashing we hear tells us that there’s something wrong with emotions, and something right with rationality.

In truth, rationality is not any better, higher, or less prone to error than emotionality is, and we know this very clearly.

We know that our rational minds are easily fooled, which is why we love books filled with optical illusions and tricks that take advantage of the huge holes that exist in our perception.

An entire field of study called critical thinking exists to help us steer our way around our multiple cognitive mistakes, which exist in all areas of our thinking, including our memory, our understanding of probability and statistics, our vision, our hearing, our sense of touch, our capacity to identify change (see this fun perceptual blindness test on Youtube), and so on.

Our supposedly rational  brains are not perfect recorders of the events we witness; they make things up and screw things up all the time.

The idea that we can trust our so-called rationality over our emotions is just wishful thinking (which is yet another cognitive mistake). Emotions and rationality (which are not separate in thinking, in feeling, in cognition, in neural structures, or in reality) have their strong points, and both have their weaknesses.

You can pick up any number of books on cognitive fallacies, or you can join a skeptical group of amateurs, and you can learn to understand and manage the rational mistakes humans have identified. I mean, unless you have a true neurological disorder that, for instance, makes you think your hand is controlled by alien entities, you don’t need professional help to learn about the endless ways your rational mind screws things up.

I don’t see this same approach with emotions. Instead, emotional mistakes tend to be treated as more serious, less fun, and less interesting than logical mistakes are. I’m not sure I have this exactly right, but it seems that emotions really scare and overwhelm us. It’s almost as if we assume we can’t trust them, because they’re, you know, irrational!

Emotions are simply one aspect of cognition, and while they’re as mistake-prone as any other area of cognition, they’re treated as a crisis instead of a regular feature of human nature. That’s a very irrational thing to do.

Emotional skills are absolutely necessary for our thinking processes, for learning, for attaching value to data, for our decision-making, for our communication and relationships, and for our capacity to survive and thrive in the social world.

Emotions are the key to creating meaning and balance

Understanding emotions (and knowing how to work with them — not demonize or ignore them) might be the single most important thing we can do to improve our capacity to think rationally, to function coherently, and to live meaningful lives.

I spent a great deal of my life in the spiritual community, where the idea was that if we could all be more spiritual (and of course less emotional), then everything would be fantastic and all of the problems of humanity could be fixed.

But what I saw is that no matter how many spiritual teachings you upload, you still have to deal with emotions. Sadly, many spiritual and religious teachings (Taoism is one notable exception) distrust and demonize emotions — which means that they can make spiritual people less functional in the presence of normal human emotions. That’s a shame, and an unnecessary waste of human potential.

But it’s not a problem unique to the spiritual community. For many years after I left spirituality behind, I observed and (carefully) participated in the skeptical and rationalist communities, where the idea is that if we could all be more rational (and of course less emotional), then everything would be fantastic and all of the problems of humanity could be fixed.

Sadly, many rationalist and skeptical teachings distrust and demonize emotions, which means that they can make skeptical people less functional in presence of normal human emotions. That’s also a shame and an unnecessary waste of human potential.

What I saw in these two sort of opposite communities, and everywhere really, is that no matter how much time you spend trying to be rational, or spiritual, or physically fit, or artistically talented (etc.), if you don’t understand emotions, you’re gonna fall on your butt.

No matter who you are or what you do, your life will work better if you understand emotions and how to work with them. When you understand that anger exists to help you set boundaries, you’ll be able to reframe your behavior when you feel angry so that you can act in effective ways. You’ll also know how to behave when other people feel angry.

When you know that fear exists to help you identify change and alert you to possible hazards, you’ll learn to listen to it rather than fight it.

When you know that sadness exists to help you let go of things that aren’t working anyway, you’ll be able to let go and make room for things that do work.

When you understand that shame and guilt are important behavioral brakes that keep you and other people safe from your potentially bad behavior — which will in turn protect your relationships and your place in the social world — you’ll learn to pay close attention rather than despise these vital social emotions. You’ll also learn that shaming other people can only work in very specific instances, and then, only in very small and expertly applied doses (the point is to help misbehaving people connect to their own shame, not yours).

And when you understand the purpose of happiness, contentment, and joy, you’ll be able to live more gracefully with them, rather than chase after them in a futile and ultimately joyless way.

Every one of your emotions can help you survive and thrive in life and in your relationships. Yes, emotions can be troublesome, but not any more so than any other aspect of cognition or humanity can be.

If you know what your emotions are for, how to work with them, how much is too much, and which specific skills they bring you, your emotions can help you live more rationally and more skillfully.

Your emotions are not the opposite of spirituality or rationality; they actually underlie all of your thoughts, decisions, ideas, behaviors, and actions. When you can learn their language, you can think and feel more skillfully, more intelligently, and more authentically. Emotions rock. 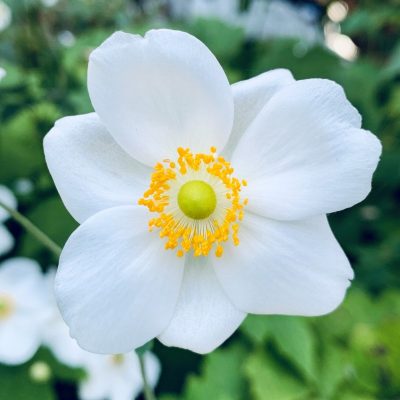