Yesterday, the CBS Sunday Morning show ran a good story on how we make decisions”

It May Not Sound Rational, But Experts Say Emotions and Gut Feelings Are More Important Than Intellect in Making Choices 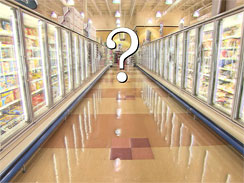 The old wives’ tale is that we make decisions by ignoring our emotions and using our rational faculties. Wrong! The truth is that our rational brains can’t hold enough conflicting information to organize a complex decision; instead, it is our emotions that help us separate the wheat from the chaff. As most of us know, our emotions are vastly more able to process complexities than mere rationality can do.

So … if your emotions are helping you think right now, you may be considering multiple images of highly emotional people making highly questionable decisions. The comments section on the CBS story is a perfect example, where people aren’t talking about the story; rather, they’re ranting and flaming about ideas that the story has triggered in them. They’re not being informed by their emotions; they’re the unwitting whipping boys of their emotions, and it’s painful to witness.

We see that behavior all over the web, every day, and it’s tiresomely familiar. As usual, other commenters chime in to calm the ranters down or rile them up, and the whole thread veers off into absurdity. The CBS story gets lost in the turmoil, and instead of learning more about how their emotions work, the rageful and anxiety-plagued ranters just get more cemented in their reactionary misery.

Okay, that’s a fair example of how emotions can lead to questionable decision-making and irrationality. But if emotions are at the center of our decision-making process, then we have to become smarter about them! So how do we detoxify emotions so that they can help us make decisions without turning us into anxious, blaming, ranty flamers? Here are some simple steps!

Focus your intellectual abilities and your linguistic skills on your emotions (instead of lording over them): learn what they are, what they’re for, how they arise, and how they differ. For instance, fear is a momentary intuition that focuses on the present moment, while anxiety is intuition and awareness about the future. If you call both of them fear, you’ll not only be wrong, you’ll be confused. Learn what your emotions are!

Go forward as an emotionally intelligent person who is neither the puppet of emotions nor their strict overlord. The old, tired paradigm, where emotions were the opposite of rationality is untrue. Similarly, the even older and more tired paradigm, where emotions were the opposite of spirituality, is also untrue. Emotions are irreplaceable and absolutely necessary in the healthy and competent human brain. Our intellectual and spiritual capacities are important, but they are by no means more important than our emotions. They’re a boxed set!

Realize that our ridiculous training in the realm of emotions is the culprit in all the “irrational” turmoil. Here’s just one example: Anger is about honor, protection, and the maintenance of the self (and the self-image of others). If you don’t know that, you may mistakenly take the power inside anger and try to attack someone with it. But if you do, your shame will come forward because you screwed up! Your anger knows what it’s for, even if you don’t.

Every emotion has a specific and vital message for you, and each emotion lends you a specific skill or ability. Turning toward your emotions and placing them on the same footing as your rationality (neither is “higher” than the other) will give you access to some of the most amazing aspects of human intelligence.

Now all we have to do is learn the language of our emotions and become their partners so that our decisions and actions can be rationally emotional and emotionally rational. And I swear, I saw a book around here that helps you do that precise thing!