Though you may have caught onto this already, the premise of The Language of Emotions is that all of your emotions exist for specific and protective reasons. All of your emotions carry messages for you, and if you learn what those messages are, you’ll be able to work directly with your emotions in excellent new ways.

We’ve looked at the gifts of anger, sadness, shame, and contentment. Each emotion has a purpose and is necessary to your well being, but some of them are difficult to work with — especially since most of us have learned two ways to deal with emotions that don’t really work: Expression and Repression.

Some emotions are good to express. Happiness and contentment are two that come to mind. Sadness is also nice to express (if it’s safe to cry). Depression can be good to express instead of bottling it up. But think about rage, jealousy, hatred, or shame. You want to be able to feel these emotions, but if you express them, you can hurt yourself or other people.

People tend to repress difficult emotions like these, which is a good idea if they don’t have any other skills. However, since all emotions carry truly important messages, repressing them means you won’t get those messages. You won’t learn or grow; instead, you’ll just become less able to work with the emotions you repress. If you can envision your emotions moving forward to bring you messages and give you help, you can see that repression just shoves that help under the rug. In the case of strong emotions like rage or hatred, yes, repression is better than expression. But since rage and hatred have something very important to say to you, repressing them will actually reduce your capacity for personal growth and awareness.

But again, expressing emotions can be very problematic, as we all know. Expression just tends to train our brains into expressing the emotion the next time, and we don’t learn how to behave appropriately in response to it. That emotion’s message and help move forward, but instead of listening to it, we just throw the emotion out of ourselves in a rush, and we lose the message in the tumult.

Do you notice that expression and repression are opposites? I did very early on, and I worked hard to create a “middle path” option of channeling the emotion properly (I wish the people who purportedly talk to the dead hadn’t taken the word “channeling,” because it’s the perfect word to describe the healthy way to work with your emotions).

So over my lifetime, I’ve studied the emotions closely. I worked directly with them, as if they were personalities, and asked them what they were for. What I learned is that all emotions are necessary in a well-rounded life, and that knowing what each emotion was for made working with it simple.

However, we all get truly rotten training in one or more emotions as we grow up (Big girls don’t cry! There’s nothing to be afraid of! You should be ashamed of yourself! Only sissies complain! etc.)

That’s why I created a verbal question to ask when any emotion comes up. This does three things:

1) It helps you learn to identify your emotions, which is a first step toward emotional awareness;

2) It helps you understand what each emotion is for and why it arises, and;

3) It recruits the verbal and rational part of your brain to support the emotion and help you learn from it and take constructive, emotionally appropriate action.

Though all three steps are unique to my work, the third step is vital in understanding why The Language of Emotions is so different from any other emotional management, freedom, or mastery technique. In this work, we use our rational, verbal skills to support our emotional awareness, and that’s a huge leap away from the old, tired “emotions are the opposite of rationality” ideology. Emotions certainly are not the opposite of rationality, and current neuroscience is showing us how vital emotions are to our thought and decision-making processes. 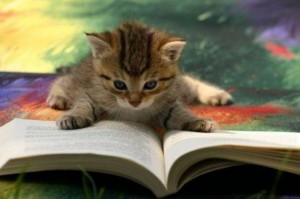 But people really aren’t catching on. I’m reading a book right now about meditation and the emotions, and I get antsy every couple of pages, because the focus of this meditative practice is to continually watch and calm down and repress your emotions through a great deal of focused breathing. The idea is that if you get calm enough through meditation, you’ll be able to watch yourself get triggered, and then eventually, you won’t get triggered anymore, and you’ll be “above” all need for emotions (except joy, of course!), and you won’t suffer.

And I want to jump through the book and ask the authors, “How in the world are you ever going to become aware of your emotions if you don’t know what purpose they serve in your psyche and your life?” But it’s not as if those authors are alone. We all wish we could wave a magic wand and get rid of certain emotions.

However, if we can realize that all emotions are necessary, that all of them carry specific messages and assistance, and that all can be channeled rather than stomped on or exploded, we can become fluent in the language of emotions. I’m telling you, it’s doable!