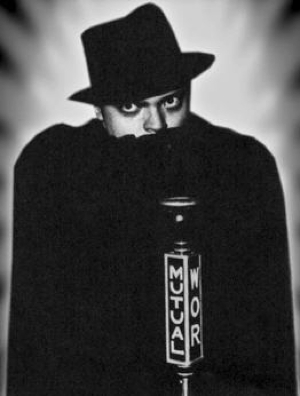 In the 1930s, there was an excellent radio show called The Shadow that enchanted millions of people, my father included. The Shadow was a serialized detective show, and each week, the announcer would ask in a deep baritone voice:

“Who knows what evil lurks in the hearts of men? The Shadow knows!“

In 1937, the young Orson Wells lent his voice to the radio show and helped to popularize this fighter of evil who was himself a dark and shadowy figure.

The Shadow knew about darkness because he had lived it. It was his territory and his area of expertise. If you were dealing with darkness and trouble, you definitely wanted The Shadow on your side.

I grew up in the 60s, long after The Shadow had ended, but my father loved to repeat the catchphrase in his own rich baritone voice.

When I learned about the Jungian concept of the shadow, I couldn’t help but hear the catchphrase, and you know what? It’s true — the Shadow knows!

In a nutshell, Jung’s shadow is the portion of the psyche we’re not aware of – not because it’s mysterious or hidden per se, but because we deny it. The shadow holds our squelched impulses, our unfelt emotions, our unacceptable behaviors, and our unlived dreams.

Though many people see the shadow as containing only the “bad” parts of us, the shadow is not as simplistic as that.

The shadow can also contain our artistic brilliance, our skepticism, our mathematical genius, our liberalism, our spirituality, our financial wizardry, our conservatism, and even our kindness, depending on which of our aspects we deny most ferociously.

Each person’s shadow is a completely different animal, though social forces and groups can generate a communal shadow (think of groups such as racists or homophobes that create cohesion by excluding people they see as unacceptable or unworthy).

Robert Bly, in his exquisite book, A Little Book on the Human Shadow, put it this way: 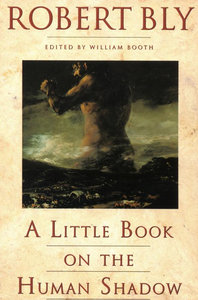 This drama continues throughout our lives. First we turn down our radiance and our appetites out of love for our parents. Then we enter into peer relationships and scholastic situations that ask us to repress our emotions, our physical desires, some of our intelligences, and a great deal of our individuality.

Eventually, we end up as adults who are conscious of just a tiny slice of that original 360-degree radiance. The rest of our radiance lurks in the shadow world of repressed tendencies and abilities – and more often than not, that dishonored material leaks and strikes out when we’re not looking.

The shadow contains great power, not simply because so much of us is trapped within it, but because it takes tremendous effort to deny what’s inside us. What we repress and ignore becomes dangerous – not because the material is dangerous in itself, but because we take such great pains to banish it from our consciousness.

So we all come into this world with a 360-degree self – which is brave and cowardly, brilliant and ignorant, gentle and murderous, normal and bizarre, caring and selfish, graceful and clumsy, and on into infinity. As we grow, we’re taught to suppress certain parts of ourselves (which is a normal part of socialization) while we emphasize other parts.

So each of us has a shadow self – a constellation of abilities and behaviors we’ve been taught to suppress. It’s called the shadow because we’re not fully aware of it; however, when we see people who remind us of our shadow, we’re often agitated in some way.

Sadly, if we surround ourselves with people whose shadow is similar to ours, that agitation can intensify and become dangerous. In shadow-driven groups, people tend to encourage each other to take extremist positions — positions that are all-too often expressed in hate crimes against decency and humanity, such as polarization, racism, sexism, homophobia, war-mongering, brutality, genocide, ethnic cleansing, ableism, and prejudices of all kinds.

HATRED AND THE SHADOW

When you display your intolerance and your hatreds, you’re in the territory of the shadow. Though hating can feel empowering, and it can help you set fierce and jagged boundaries around yourself and your ideas, hatred actually shines a white-hot spotlight on glaring problems inside you.

Hatred is an intense form of anger, and its presence signals severe boundary-impairment and an almost total loss of your equilibrium. If you nurture and polish your hatred, you can very easily lose your way.

I think this is why hatred so often requires group membership. The act of hating is a signal that you’ve exiled huge portions of your humanity to the shadowy regions of your psyche. The act of hating requires that you truncate, excise, deny, and banish … and in all truth, it’s an exhausting, self-endangering, and isolating act.

However, if you can find people who share your hatreds, you can find some relief. You can be energized by fellow haters, and, as you become emboldened by their sharp noises and harsh rhetoric, you can anesthetize away any sense of isolation or danger you might feel.

You can learn to be more intolerant, and you can sharpen your hatred in ways you’d never imagine if you were on your own. You can be wrapped in a warm blanket of extremism and radicalism, where no one will question the ethics or morality of your position. Instead, your position will tragically become the apex and the essence of ethics and morality! And bless your heart, you and your hate-buddies will begin to create an environment and a position that is precisely as bad, and usually worse, than the hated people or ideas that brought you all together in the first place.

We who respect the shadow

We who respect the shadow see the tragic spectacle of hate groups around us every day. For instance, here in the U.S., polarized liberals hate polarized conservatives, and the mutually tedious, endless screaming they delight in means that moderate people in the middle (who aren’t destabilized by hatred) get drowned out.

And sadly, no one can access the worthwhile ideas trapped in the ugliness that exists at either pole. The vicious hatreds between the right and the left have decimated the political landscape and made our political lives a nonfunctional nightmare romp of the id, and we’ve all become less safe and less free. 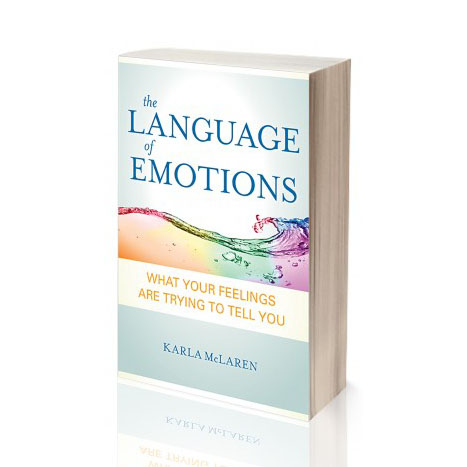 In The Language of Emotions, I call hatred The Profound Mirror, because if you can turn toward your hatred and describe it fully, you won’t see an image of the despised “other.” Instead, you’ll see a perfect reflection of the broken, lost, discarded, and unfinished aspects you’ve denied and exiled. It’s a horrible, awful, and shocking process the first time you do it — the first time you interview your hatred instead of following it like a dangerously brainless automaton.

But after that first time, you’ll understand why shadow work is one of the most exhilarating, deepening, soul-defining, and mind-expanding things you can do.

Shadow work even becomes funny after a while, because you’ll start to rile yourself up, and there comes the shadow, holding a mirror to the giant gaping holes inside you.

You have to laugh, because you have been called out on the carpet, friend!

But the best part of shadow work is that you immediately become less toxic and less likely to allow yourself to be radicalized or molded into an instrument of extremism, violence, prejudice, or polarization (or mean-spirited and reactionary internet commenting).

Who knew that hatred could become one of your best friends?

A Little Book on the Human Shadow by Robert Bly

Meeting Your Shadow: The Hidden Power of the Dark Side of Human Nature, edited by Connie Zweig and Jeremiah Abrams.

Owning Your Own Shadow by Robert Johnson.

Scapegoat Complex: Toward a Mythology of Shadow and Guilt, by Sylvia Brinton Perera (thanks, Terre)

The Rag and Bone Shop of the Heart: Poems for Men, edited by Robert Bly, James Hillman, and Michael Meade.

The Water of Life: Initiation and Tempering of the Soul by Michael Meade.