In 2019, when Joe Biden, a powerful, wealthy, White man who will preside over a country built on the backs of enslaved people, said “There’s not a racist bone in my body,” I thought so much about the strangely dislocated and disembodied nature of racism here in the United States. Of course, he’s not the only person to use this phrase; we hear it everywhere. 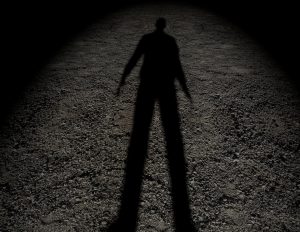 So much so that I’ve come to see racism as a haunted, unwanted, and unclaimed entity that has no home and can never rest.

Very few “good” White people would ever admit to being racist, and the people who actually are racist, such as skinheads or the KKK, well, if you ask them, they’re not racist either. They’re defending their culture against multiculturalism.

So racism and White supremacy are everywhere and nowhere — they’re like chaotic, hungry ghosts that no one can capture, but everyone can be captured by.

Because I’m not racist!

If there are no racists, then how can we dismantle racism?

I understand this refusal to accept something that we’ve been convinced is awful and horrifying. But we cannot change what we cannot claim, and to my eye, the problem is entirely emotional. Which means it’s entirely within our power to address, heal, and change.

Talking about or confronting racism and inequality can bring up powerful emotions like shame, rage, panic, grief, and despair. And since most of us don’t know how to work with even one of these emotions, it’s not surprising that this emotional cascade can flood out our ability to face racism, inequality, and oppression.

We cannot change what we cannot claim; we cannot transform what we refuse to own.

But this does not need to happen! Emotions are not our enemy; instead, they are a vital part of everything we are: every relationship; every dream; every failure; every triumph; every act of violence; and every act of love.

When we know how to work with the astonishing genius inside our deep emotions, we can face and heal the most pressing problems in our waiting world, and join with others to build a more just and loving community.

Racism is not an uncontrollable monstrosity; it’s a system of thought, legislation, and action that we can choose to support (consciously or through ignorance) or intentionally dismantle.

If we don’t learn how to claim and confront the racism that is a bedrock of our country, the chaotic ghosts of racism will continue to haunt us and give us nightmares about imaginary dangers in the bodies of children like Tamir or Trayvon or Andy, and more innocent ones will be injured and killed.

And yet, no matter how many Sandras and Erics and Philandos and Oscars and Heathers and Georges and Breonnas are murdered, and no matter how many panicky, enraged, and emotionally incompetent White people try to assert their tragic, lethal dominance, as they did at the Capitol, the hungry ghosts of racism will leap easily into other bodies.

Claiming your place in the trouble is necessary

Unclaimed, unmourned, and unburied ghosts are dangerous, and I’m realizing that even though I did not choose to be a part of this White supremacist tribe, I’m in it. It’s in my bones and my lineage and my skin color. These ghosts look like me, and they sound like me; they’re kin.

My British and European ancestors on both sides were here before the United States was even a country, and though they did not own enslaved people, they all benefited from slavery and the endless racist structures that have been built and rebuilt a hundred times since slavery allegedly ended.

As an unwitting racist, I am fortunate to be able to understand and claim my racism. I didn’t mean to become racist, but of course I’m racist, because I was raised in a racist country, educated in racist institutions and by racist media, protected by racist regulations, financial systems, mortgage lending, zoning rules, medical care, policing, laws, gerrymandering, voter suppression, and the legal system. Of course I’m racist.

And I can work to be antiracist — but only by understanding the extent to which I’ve been surrounded by racist ideas, practices, folkways, media, statutes, regulations, and laws. There is a healing path forward from here. It takes work and dedication, but it’s necessary work that will heal all of us.

I did not choose to be a part of this racist tribe, but I can damn well choose who I will become in it. I can claim this racist marrow that lives in my bones, and I can claim these ghosts — and I can face and embody the powerful emotions that arise in response.

And then I can use use the astonishing genius inside those emotions to transform racism into antiracism.

I will stand in my White body and do the work that my ancestors were not able to do.

And my deep emotions — instead of stopping me — will show me the way.

How to Be An Antiracist by Ibram X. Kendi

So You Want to Talk About Race by Ijeoma Oluo

My Grandmother’s Hands by Resmaa Menakem

The Color of Law by Richard Rothstein

Rising Out of Hatred by Eli Saslow

The Making of Asian America by Erica Lee

Born a Crime by Trevor Noah

Stamped from the Beginning by Ibram X. Kendi

For more ideas: How to Support Antiracism in Yourself and the World